What are you sacrificing, Bush? 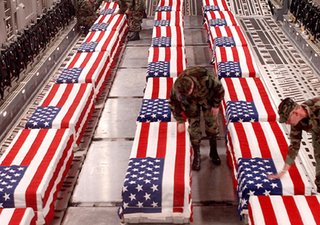 The White House is issuing fluff press releases about how Bush is spending his Christmas holiday. On Sunday, he made 10 - count 'em 10 - phone calls to soldiers serving in his war and asked them to pass on his thanks to the rest of the troops. Big whoop. I'm sure they'll get right on that in between getting shot at and avoiding IEDs while they hope today won't be their last fighting in an illegal war that is already lost. The most-hated word of 2007 will be "surge".

And, because Bush thinks we actually care, the WH also released its Christmas Day Lunch Menu:

Frankly, I think the Codpiece-in-Chief should be forced to eat MREs just like his troops - at least the ones who are still alive, unlike those who have made the ultimate sacrifice: 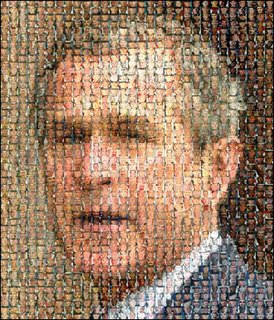