It's like an office pool, without the prize (or the swimsuits)! 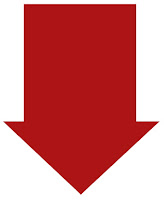 Just guess how far the Dow Jones will drop on Wednesday morning in reaction to Obama's "high-stakes" speech before Congress this evening.

The winner will come away with the head-exploding satisfaction of knowing, once again, that nothing - absolutely nothing - can make Wall Street happy. Not even bucketloads of free cash requiring zero responsibility or accountability.

(What? You expected cash too? Stand in line...)


Spread the truth - the laws of economics are like the laws of engineering. One set of laws works everywhere.

That depends of your definition of the word "works", doesn't it?

Hail to Their Chief?

So, it seems I'm failing to be a stereotypically humble and starstruck Canadian by not - as the CBC's Don Newman put it on Wednesday - feeling as excited as an expectant child on what he described as being like Xmas Eve, this nite before Barack Obama's maiden visit to a foreign country - mine.

I suppose the fact that I'm not Christian and don't equate the US president with a jolly, old fat guy in a red suit (whom I gave up believing in as well long ago) might be factors in my lack of enthusiasm for this peculiar analogy. Or, more likely, the fact that Obama's doing what amounts to a fly-by (a 5 hour visit which would have saved copious amounts of money spent on excessive security if he'd just decided to stay on the plane and invited Canada's chosen ones to have their hasty audience with him therein) could be another reason for my inability to fawn excessively while, as the typical Canadian that I am supposed to be, saying I'm sorry for whatever perceived slight or embarrassment that may cause him and his entourage.

If I were to be totally honest about what I actually am feeling about this blessing, this honour being bestowed on my oh so inconsequential albeit natural-resource-rich and soldiers-willing-to-die in-Afghanistan-for-the-so-called-GWOT-filled country, I'd have to say that it's pesky things like this that have soured my changeyhopeyness:

WASHINGTON — Even as it pulls back from harsh interrogations and other sharply debated aspects of George W. Bush’s “war on terrorism,” the Obama administration is quietly signaling continued support for other major elements of its predecessor’s approach to fighting Al Qaeda.

In little-noticed confirmation testimony recently, Obama nominees endorsed continuing the C.I.A.’s program of transferring prisoners to other countries without legal rights, and indefinitely detaining terrorism suspects without trials even if they were arrested far from a war zone.

The administration has also embraced the Bush legal team’s arguments that a lawsuit by former C.I.A. detainees should be shut down based on the “state secrets” doctrine. It has also left the door open to resuming military commission trials.

And earlier this month, after a British court cited pressure by the United States in declining to release information about the alleged torture of a detainee in American custody, the Obama administration issued a statement thanking the British government “for its continued commitment to protect sensitive national security information.”

These and other signs suggest that the administration’s changes may turn out to be less sweeping than many had hoped or feared — prompting growing worry among civil liberties groups and a sense of vindication among supporters of Bush-era policies.

So, unless Obama shows up here on Thursday and announces that he's immediately releasing Omar Khadr (WHO WAS A CHILD SOLDIER AND HAS BEEN ROTTING IN GITMO FOR YEARS, MR PRESIDENT) you'll just have to excuse me for not giving a crap about what will surely be a very politically correct and non-threatening to the status quo visit.

That this man - who constantly reminds people that he owes his current status as the first African-American president to people who were much braver than it appears he'll ever be willing to be about human and civil rights - should be greeted as the next great hope for the (rightly crumbling) American empire (and, thusly, Canada and the rest of the world) in a fashion equal to the joy felt by children at Xmas time is utterly inappropriate.

Quite the opposite, in fact.

There will be no cookies and milk left out in my house for him tonite. And, when the morning comes, I certainly won't be chanting that Christ is born! upon news of Obama's arrival.

Via the Times online:

Or lack thereof, that is.

Even as the Senate passed the $838 billion economic stimulus bill by 61-37 votes in favour, New York financial stocks fell by more than 5.75 per cent and the Dow Jones Industrial Average dropped 4.62 per cent to close at 7,888.88 points.

The Nasdaq fell 4.2 per cent and the S&P 500 4.91 per cent, as investors expressed their scepticism that the White House can revive the banking system.

The collapse in confidence came after Timothy Geithner, the US Treasury Secretary, spoke about the long-awaited second phase of America’s financial bailout.

And the problem was the lack of detail.

I heard one CNN analyst say sarcastically that "Wall Street doesn't like what Geithner said", thus the plunge. He seems to have forgotten that there are peoples' pensions and futures tied up in some of those falling stocks (as much as Wall Street has rightfully become a pariah).

I'm still quite fascinated by the fact that absolutely no one seems to know what our economies really need right now in order to recover. This could be a time of breaking the status quo mold - the usual swing from neoliberalism to neoconism (or a mixture of both) and back ad nauseam - to try something bold and promising. It's not like there's a shortage of ideas out there. But the powers that be operate in a very narrow field of vision and influence thanks to the constrained thinking found at IMF, World Bank and in the G20, G8 and among whoever those secret participants are in the so-called Security and Prosperity Partnership cabal meetings.

Obama stated during Monday nite's press conference that he is following a "pragmatic" (read 'centrist) agenda while millions of his supporters had hoped that other 'p' word would come into play: "progressive".

So here we go - trying things that worked back in the days of the Great Depression and expecting them to work this time around as well.

If it'll make you yanks feel any better, you should know that our minority Conservative government's plans are about as clear as mud as well. (But we do get to blame that on the fact that they are official conservatives i.e. Bush boot-licking Republican-lite types).

(h/t Marisacat for the Times story)

Posted by catnip at 1:22 pm No comments:

Good thing the Libs voted for the budget!

Hey, with expert money-managers like these Conservatives, why didn't all of the opposition parties vote with them?

If this little trifecta of news stories doesn't convince you that the Cons are competent to handle our money, I just don't know what possibly could:

And, as if the Libs support of the budget wasn't boneheaded enough for you, check out the latest news:

On Thursday, the Liberals served notice that the further deterioration of the economy has them worried that last month's aid package is insufficient. It was only three days ago they kept alive the minority Conservative government – and its stimulus package – by voting for the 2009 budget over the objections of the NDP and Bloc Québécois.

John McCallum, the Liberal finance critic and a senior member of Leader Michael Ignatieff's policy team, told reporters he's worried Ottawa may need to come up with a second stimulus package before Parliament breaks in June.

He said there's growing evidence the economy is worsening beyond expectations and that the amount of stimulus in the Jan. 27 budget is less than advertised.

Gee, maybe you should have done your damn homework before you let Harper dance on your lap.

What's that? The Liberal party isn't ready for an election? New leader and no cash and all of that? Too bad. These are peoples' lives you're screwing around with while you're playing politics. And if you think the Cons give a flying f*ck about the little report cards you've asked them to submit this year, think about how seriously they might be taking your threats every time you look into parliamentary secretary to the minister of finance Ted What, me worry? Menzies' goofy-looking mug each time he gets up to defend the Cons during question period - because that really is just how much they don't care about what Canada needs to do to get through this depression.

Panetta on Why Torturers Shouldn't be Prosecuted

During his confirmation hearing on Thursday, Leon Panetta, Obama's choice to be the next head of the CIA added the following after responding to Senator Carl Levin that he believed water boarding was torture:

If that doesn't smack of the Nixonian maxim that "it's not illegal if the president does it", I don't know what does.

What Panetta is saying is that even though the legal opinion that allowed Buscho to sanction torture may have been unconstitutional, the law was the law was the law at that time. In effect, the torturers were only following orders. Well, that defense didn't fly at Nuremberg and it surely should not be used by this administration in any form to absolve torturers.

Not only that, Panetta (who stated that he's agreeing with Obama's beliefs on this matter, you'll note) does not even believe these torturers should be investigated. And that might be all right - if the US was a dictatorship.

But, I suppose this is all moot anyway considering that the Military Commissions Act not only provided cover for torturers but granted CIA agents retroactive immunity.

Let's face it, Bush and his torturers will never be brought to justice in a US court. There is no will for it in government. The Democrats are busily "looking ahead" so they can avoid assigning responsibility for the crimes of the past - believing that somehow that will assuage the Republicans and make them more amenable to deal with. (Or perhaps they're covering up their own complicity in those crimes.)

I can't imagine that it's comforting for Dem party supporters to know that Obama and Panetta both believe that if a president orders an unconstitutional law, those who carry it out get a free pass.

Or maybe it is. I don't know. I'm not a Democrat or an Obama supporter...

Posted by catnip at 7:19 pm No comments: