Speaking from New Orleans, where he's engaged in rebuilding communities ravaged by Hurricane Katrina, Edwards says he's running because he wants to encourage young people to take action to change their country.

"I want to engage millions of people into taking responsibility, taking action. … Finding ways for all of us to help," he said.

Edwards also voiced his opinion about the war in Iraq, saying he was against President Bush's plan to increase troop levels there.

"I think it would be a huge mistake to put a surge of troops into Iraq. … Nobody who says we should put 20,000 or 100,000 more troops in Iraq can say that's going to be successful," he said. "The underlying problem is not a military problem, it's a political problem."

Edwards told Stephanopoulos his vote for the Iraq War when he was a senator was a mistake, but says unlike Bush, he is willing to admit a mistake and be open with the American people, something he says is lacking in Washington these days.

And he's cute too. Swoon. That's a bonus after looking at Bush's ugly mug for 6 years. 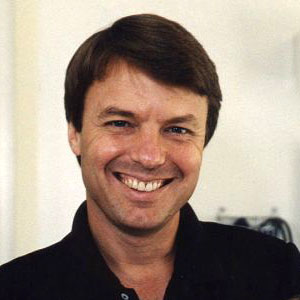