Oh wow. It's embarrassing to be a Canadian when news like this hits the stands:

The Taliban will attack an Afghan village set up in the heart of Washington courtesy of the Canadian Forces, who will send in a medic in a dramatic effort to save a civilian crippled by the explosion.

At least four times over two days this month, simulated IED blasts will bring the Afghan war – and Canada's combat role in Kandahar – home to Americans if an elaborate scheme based on modern training realism attracts widespread attention, as is hoped.

“If this works the way I want it to, more Americans will know what Canada is doing in Afghanistan,” said Lieutenant-Colonel Douglas Martin, a military attaché at the Canadian embassy. 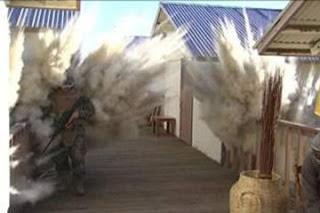 Between scheduled IED attacks at noon and 2 p.m. on Sept. 23, the first day of the conference, there will be an Afghan luncheon hosted by Kabul's envoy to Washington, Ambassador Said Jawad.

A division of Lockheed Martin [double check that bill when they're done. -catnip] that specializes in combat-training simulations will construct the mock village of three buildings and a mini-souk and provide the role-players – Afghan actors who will play the defenceless civilians [because they're running out of real defenceless civilians -catnip]. Strategic Operations Inc., a California company that claims to bring the “magic of Hollywood” to hyper-realistic training, will provide the pyrotechnics for the IED explosions.

Not to be outdone, the US military announced that it will host the following activities:

1. Hide and Seek: Find our secret torture prisons!
2. Whack-an-Afghani civilian: man your own drone and be home in time for supper.
3. Dress Hamid Karzai.
4. Pin the tail on the mass grave sites.

And for those nostalgia buffs who want to harken back to the Pentagon's glory days, there will be an extra-special demonstration: 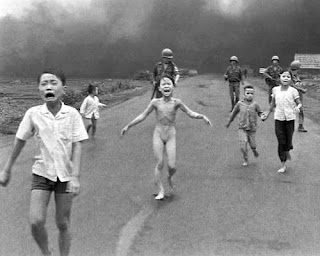 Yes. A good time will no doubt be had by all.