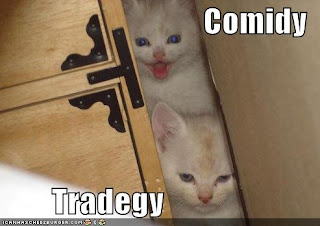 So, here we are. Finally.

I asked 3 people today if they were going to vote.

The first one said she didn't think it would make any difference.

The second, a store owner, said, "I'm not happy". His main issue is crime and punishment because of the gang violence and he was quite adamant that the person whose recent gunshot blinded an innocent victim in Calgary should be forced to donate his eyes and to "live in darkness" for life. I didn't have to guess who he might have voted for and I told him that I believe in karma instead.

The third, a young clerk, said of voting, "I don't care for it. Sorry." Well, I didn't think he needed to apologize to me and I told him that not voting was his right.

I voted and, like the store owner I spoke to, I'm not happy either. I know the Conservative candidate Deepak Obhrai will win again in my riding and I actually didn't decide to vote until yesterday - not because his win is assured but because I'm not satisfied with any of the parties.

I'll be following the Election Act on this site:

I welcome whatever's on your mind about tonite's happenings but any comments that violate that act (or the counting of the holy hand grenade) will be deleted.

Reminder: There are 308 seats and winning 155 constitutes a majority.

- The Cons lost 3 seats in Nfld/Labrador.
- Peter MacKay won his seat beating Elizabeth May, who came in second, by some 5,000 votes.
- Independent Bill Casey won his seat.
- According to CBC, the Grits and Tories are both down 4 seats (?) in the region.
- The Cons won a seat in PEI for the first time since 1984.
- Conservatives shut out by ABC campaign in N.L., make gains in N.B., P.E.I.

The Liberals were set to hold on to 17 seats out of Atlantic Canada's 32 ridings in Newfoundland and Labrador, Prince Edward Island, New Brunswick and Nova Scotia as of about 10 p.m. ET.

The Conservatives earned 10 seats and the New Democrats took four. One Independent will also be going to Ottawa from the region.

In the 2006 election, the Liberals won 20 seats, the Conservatives nine and the NDP had three.