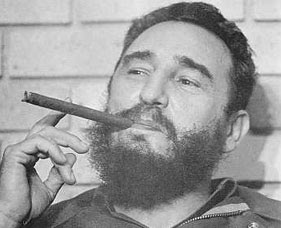 I was sure he'd stick it out until his death. Not so.

Cuba's ailing leader, Fidel Castro has announced he will not return to the presidency in a letter published by official Communist Party paper, Granma.

"I neither will aspire to nor will I accept, the position of president of the Council of state and commander in chief," he wrote in the letter.

Mr Castro handed over power temporarily to his brother, Raul, in July 2006 when he underwent intestinal surgery.

CNN is reporting that this retirement will come into effect on Sunday.